Woman lived with a tan streak under her nail for 10 years. It was a rare form of melanoma (TODAY) 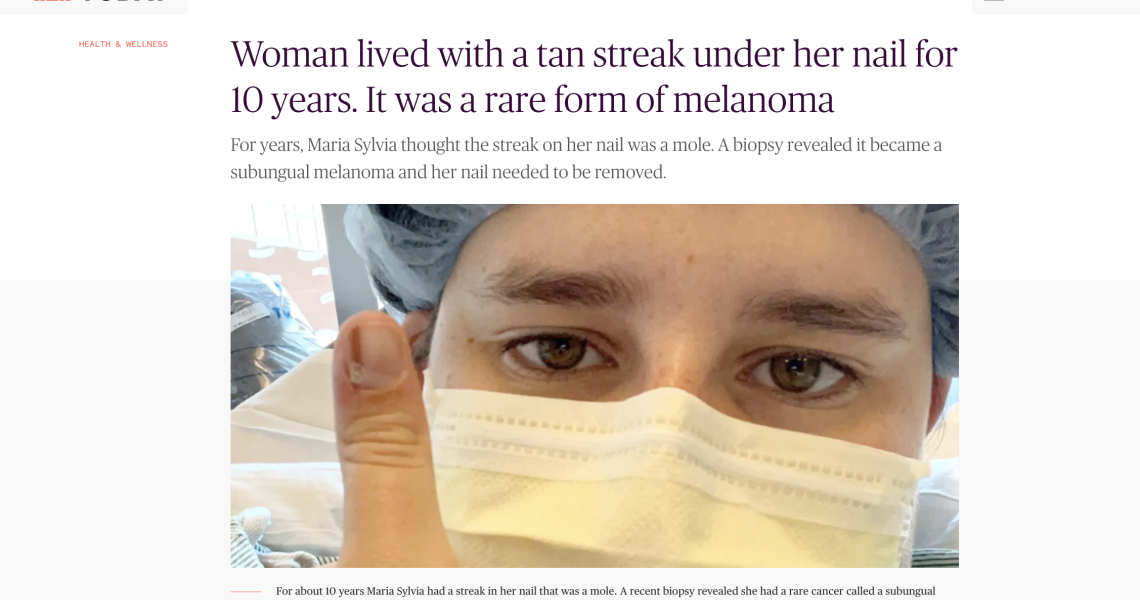 For a decade, Maria Sylvia had a tan streak on her nail. Doctors told her it was a mole and nothing to worry about. After a colleague urged her to get it examined again, Sylvia learned it was a rare skin cancer, called subungual melanoma, and shared her experience on TikTok.

“This whole thing started with me just trying to cope with my trauma with dark humor,” Sylvia, 25, an analyst in Alexandria, Virginia, told TODAY. “When I saw that this was garnering an insane amount of attention I thought people should know more about this.”

What is subungual melanoma?

A subungual melanoma is a skin cancer that form in the finger or toe nailbeds.

“It’s a pretty rare subtype. However because of that it could be missed and could go on for years without being recognized,” Dr. Adam Friedman, chair of dermatology at George Washington School of Medicine and Health Science, who was not Sylvia’s doctor, told TODAY. “It can be certainly aggressive if not caught — that’s the rule of all melanomas.”

While subungual melanomas don’t frequently occur, nail discoloration is quite common. Fungal infections, bruises and moles can cause streaks on both finger and toe nails. People who work with heavy machinery, such as construction workers, often have multiple streaks in their nails.

“Vibrations can stimulate pigment production. That trauma can start stimulating the production,” Friedman explained. “The difference here is you would ... see multiple nail streaks. There shouldn’t be just one.”

Read the full story on Today.com 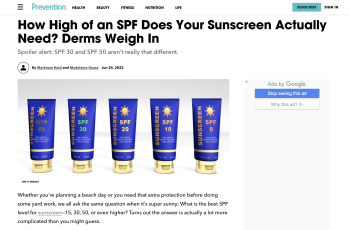 How High of an SPF Does Your Sunscreen Actually Need? Derms Weigh In (Prevention.com)
Providers in the Media
Whether you’re planning a beach day or you need that extra protection before doing some yard work, we all ask the same question when it’s super sunny: What is the best SPF level for sunscreen—15, 30, 50, or even higher? Turns out the answer is actually a lot more complicated than you might guess.
FDA approves first oral tablet for alopecia treatment (WTOP)
Providers in the Media
The Food and Drug Administration approved Olumiant, a drug that restores hair growth and can act as a treatment for alopecia Monday. 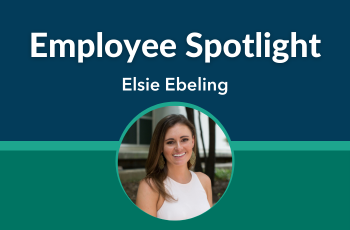 Employee Spotlight: Elsie Ebeling
Featured News
Elsie Ebeling is a rare find in the professional world: exacting but flexible, creative but analytical, open to feedback and always willing to help her colleagues, even on short notice. In our Q&A, she outlines her range of work and what makes her role special.