Our Locations     Meet Our Providers

The GW MFA Division of Gastroenterology is undergoing a transformation, and as always, we remain committed to delivering the best possible care for our patients. With this in mind, our goal is to enhance access and continue to deliver high-quality care for our current patients at our 2150 Pennsylvania Ave., NW, location.

Like so many academic medical centers around the country in the aftermath of the pandemic, we are rebuilding our physician and advanced practitioner teams and are excited for our new colleagues to start this fall. As we grow, we expect to be able to welcome new patients to our practice again soon. Thank you so much for entrusting the GW MFA with your care. If you have any questions, please don’t hesitate to contact our offices.

Thank you very much for your patience and understanding during this time.

The Division of Gastroenterology at The GW Medical Faculty Associates provides leading edge care, diagnoses, and treatments to patients suffering from disorders of the digestive system, liver, and pancreas.

Our providers are among the most highly trained in the nation offering both outpatient and inpatient services in the management of gastrointestinal hepatic, and nutritional disorders.

The Endoscopy Center provides the ability to diagnose and treat disorders of the entire gastrointestinal tract with state of the art endoscopic equipment. We perform upper endoscopy, colonoscopy, polypectomy, ERCP, endoscopic ultrasound and photodynamic therapy for treatment of esophageal malignancies.

Treatment for GERD & Other Digestive Disorders

Gastroesophageal reflux disease (GERD) is one of the most prevalent diseases of the gastrointestinal tract; prompting more than 1.8 million outpatient clinic visits per year. Approximately 44% of Americans report GERD at least once a month. The GW Medical Faculty Associates offers comprehensive management of GERD, including the latest technology in diagnosis and therapy.

Symptoms of GERD result from acid exposure to the esophagus. The classic symptom of GERD is heartburn, a burning feeling that radiates from the stomach to the neck, typically occurring after meals. Other common symptoms include acid regurgitation and difficulty swallowing. Some less common symptoms include nausea, hiccups, chest pain, cough, asthma, sore throat, and hoarseness.

The esophagus has natural barriers to acid exposure, one of which is the lower esophageal sphincter (LES). The LES is a muscle at the junction of the esophagus and the stomach, which functions to prevent acid from refluxing back into the esophagus. The most common cause of GERD is transient relaxation of the LES, which can be caused by a number of dietary and environmental factors. A hiatal hernia, when the stomach slips above the diaphragm, can also weaken the LES. In addition, abnormalities in esophageal motility, salvia production, gastric emptying may cause GERD.

How is Barrett's Esophagus Diagnosed?

Barrett’s Esophagus is found in approximately 6-12% of patients undergoing endoscopy for GERD. The diagnosis is established with biopsies of the affected area on two separate endoscopies. Biopsies are classified in to the following categories:

How is Barrett's Esophagus Treated?

Per-oral Endoscopic Myotomy (POEM) is a minimally-invasive procedure performed to help restore a patient’s ability to swallow food and liquids.

No external scars. No need to avoid food or the embarrassment of eating in public. The GW Medical Faculty Associates has a new addition to our services that can help patients who have swallowing difficulties, frequent regurgitation, and chest pain or weight loss. Per-oral Endoscopic Myotomy (POEM) is a minimally-invasive procedure performed to help restore a patient’s ability to swallow food and liquids. POEM is a safe alternative which can help patients recover more quickly compared to traditional surgery.

During the POEM procedure, patients are administered anesthesia and antibiotics through an IV insert, and our surgeons insert a flexible endoscope through the mouth to access the esophagus. Tiny surgical endoscopic attachments can be used to create a tunnel as the instruments are passed through the esophagus toward the stomach. This tunneling technique involves cutting of the esophagus’s inner layer muscle fibers that block food from flowing through the esophagus to the stomach. Thus, no external incisions will be made to the gastrointestinal area. There will be only one internal incision, which permits the endoscope to enter the esophagus. This same incision is closed with endoscopic clips when the procedure is finished. Following the procedure, patients are expected to stay under hospital care for monitoring.

Can I Benefit from POEM?

This surgical therapy procedure was developed for patients suffering from achalasia, a condition that is often misdiagnosed and causes difficulty in swallowing. The lower esophageal sphincter (LES) plays a major role in allowing food to access the stomach. As the LES sits at the junction of the stomach and esophagus, pressure creates contractions in the LES to help food travel down the esophagus and enter the stomach. In a patient dealing with achalasia, the LES has trouble relaxing and does not open and close as it normally should. It assumes a closed position, which creates the swallowing difficulties. POEM, however, is not limited to patients with achalasia. POEM is also used to help patients struggling with other esophageal disorders that are non-responsive to other treatments.

Our team at The GW Medical Faculty Associates will continue to embrace advanced and innovative technologies that will reduce invasiveness and improve our patients’ quality care.

There are three different types of fundoplications:

The Nissen Fundoplication is the most common and effective long term anti-reflux procedure. Laparoscopic anti-reflux surgery involves reinforcement of the dysfunctional LES. Five small incisions (all < 1 inch) are used as opposed to a large “open” operation which may require a large 10-12 inch midline incision. A laparoscope is used as a camera to visualize and magnify the abdominal contents transmitting the images to monitors outside the body. Long thin instruments are used to wrap the top of the stomach around the lower portion of the esophagus to recreate and reinforce the dysfunctional LES. This is called a fundoplication or wrap.

The advantage of laparoscopic anti-reflux surgery include a smaller incision, less pain, shorter hospital stay, lower chance of future hernia formation, and an earlier return to work and normal activities.

A liquid diet is started the day after surgery and advanced to a soft diet as tolerated. Patients will need to continue on soft foods for approximately 2-4 weeks after surgery. The majority of patients spend one night in the hospital and are discharged home on the next day. Most patients return to work in less than one week depending on the physical requirements of their occupation. Patients return approximately two weeks after surgery for routine follow-up with their surgeon.

The initial treatment of GERD involves lifestyle modification including dietary changes, avoiding alcohol/tobacco, and weight loss. Medical therapy is often required and is aimed at reducing acid production in the stomach. Surgical endoscopic procedures, which tighten the junction of the esophagus and stomach, are available for patients who do not respond to lifestyle changes or medical therapy. 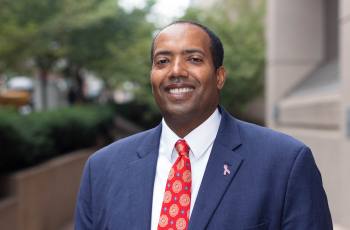 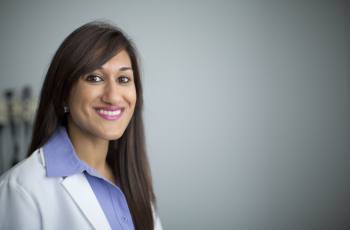 Liver disease, which occurs in about 1 of every 10 Americans, can affect anyone at any age. October is Liver Health Awareness Month, meaning now is a good time to learn more about the range of liver diseases.