Our Locations     Meet Our Providers 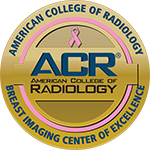 Cara Scharf majored in English in college, so she's always been good with words. But right after graduation, she discovered she would have to deal with four letters: BRCA. Cara was just 22 when she tested found out she was BRCA 1+ positive. It wasn't a complete surprise—her mother died of breast cancer when Cara was three, and her grandmother died of ovarian cancer. But Cara says she had never really thought about getting cancer herself. Then, in March 2011, she had a biopsy which showed malignancy in her right breast: Invasive ductal carcinoma. Cara wrote in a blog she started for family and friends, "This was not supposed to happen. I am only 25 years old. I was supposed to learn I had some fat lobules or whatever it was that people my age have. Not breast cancer."